Brief History of
Aldbourne and the 506th Parachute Infantry

The 506th Parachute Infantry Regiment was first activated at Camp Toccoa in July 1942, and 11 months later became part of the 101st Airborne Division (known as the Screaming Eagles).

During September 1943 the regiment crossed the Atlantic on the SS Samaria arriving at Liverpool on 15th. It then moved south by rail to Wiltshire and was accommodated in the villages of Aldbourne, Chilton Foliat, Froxfield and Ramsbury. 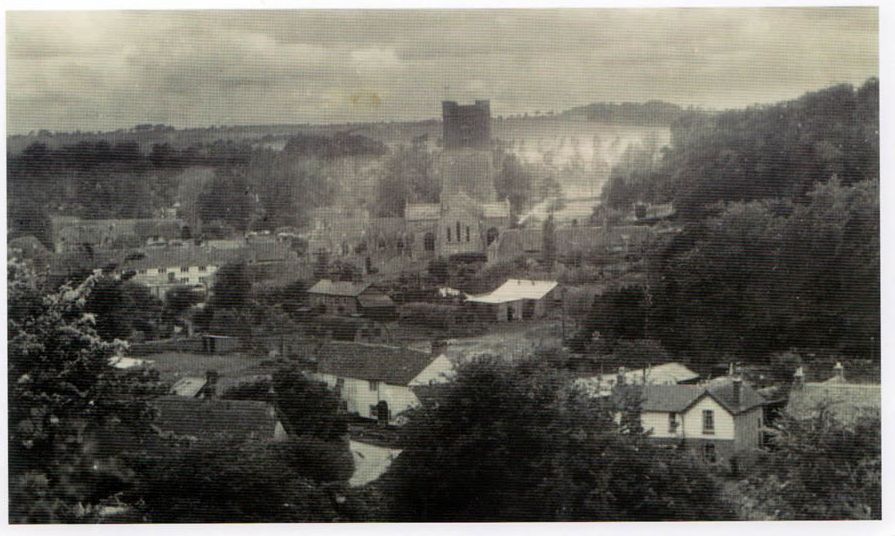 Littlecote House is an old Tudor manor dating from the late 15th Century. It lies in beautiful parkland beside the river Kennet about two miles north-west of Hungerford and three miles east of Ramsbury. The house has a magnificent great hall, long gallery, Cromwellian chapel and Dutch parlour with painted walls and ceiling. Throughout World War Two the Littlecote Estate was owned by Sir Ernest and Lady Wills, heirs to the W.D. and H.O Wills cigarette empire. In September 1943 the 506th requisitioned the house and it became home to regimental staff, regimental headquarters company and headquarters company 1st Battalion. The house provided office space and sleeping quarters for 506th officers with the best rooms being allocated to Col. Robert F. Sink, Regimental Commander and Lt. Col. Charles H. Chase, his executive officer. All other ranks lived in Nissen huts built alongside the main drive between the house and the east lodge.

Shortly after the regiments arrival in England it became apparent that key personnel such as doctors, chaplains and forward artillery observers in non parachute units would need to qualify as parachutists. To enable these men to qualify in this role the 101st Parachute Jump School was set up on 21st October 1943 in the grounds of the 502nd Battalion area at Chilton Foliat Camp. Training began on 7th November and by June1944 400 men had qualified as parachutists at the school.

The regiment consisted of three battalions and each battalion possessed four companies. A and B Companies of the 1st Battalion and the entire 2nd Battalion were sent to the village of Aldbourne which lies eight miles north-west of Hungerford and 12 miles south of Swindon. The entire 3rd Battalion (HQ, G, H and I Companies) and C Company from the 1st Battalion went to Ramsbury.

At Ramsbury a camp had been constructed in a field behind Parliament Piece to house the Americans. However it was too small to accommodate all the men and as a result stables, barns and cart sheds were pressed into use at the Manor, Crowood House, Parliament Piece and the Bell.

The regiment conducted much of its training north of the village, particularly in Loves Copse and Pentico Wood.

During the last week of May 1944 the paratroopers left Ramsbury and were taken to their D-Day departure airfields at Exeter and Upottery in Devon. The men of the 506th Regiment were among the first soldiers to go into action on D-Day.

After six weeks of fighting in Normandy the 101st Airborne Division returned to England, and the men of the 506th Regiment were sent back to their original pre D-Day camps. The regiment had suffered 983 casualties, including 231 men killed in action.

Two months passed before they were sent back into combat when the division took part in Operation 'Market Garden' (the invasion of Holland). This ended the regiments year long association with Ramsbury.

More information you can find on www.ramsburyatwar.com