Our hero's who we remember.

"Joe" Lesniewski had passed away on May 23rd 2012.
Joe lived in Erie (PA) and was one of our liberators.

He lived close to one of his buddies ED JOINT whom he encountered short after the drop into Ste Mére Eglise in 1944. They stayed friends for the rest of their lives and the sad coincidence is; Ed passed away a few days before Joe. (May 12th)

In Memorium
Edward Joseph Joint, one of the original Band of Brothers, passed
on May 12, 2012 at age 89. He was one of the
last surviving Easy Company members and featured in Marcus
Brothertons 2009 book, We Who Are Alive & Remain. 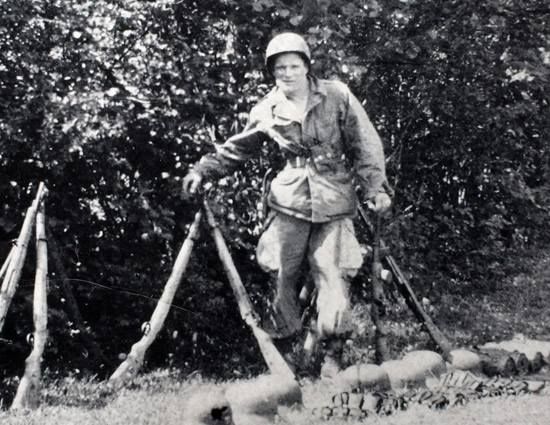 The historian and biographer Stephen Ambrose immortalized the soldiers of Easy Company, the 506th Parachute Infantry Regiment, 101st Airborne Division, in his 1992 book “Band of Brothers.”
Mr. McGrath belonged to the legendary Easy Company, whose successes stretched from D-Day to the capture of Hitler’s Bavarian outpost. The Carlstadt-born soldier had his moment on Page 100, where Ambrose describes how Mr. McGrath blew up a German tank with a bazooka shot — “the critical moment,” Ambrose writes, in the Allied forces’ taking of Carentan, France, during the invasion of Normandy. 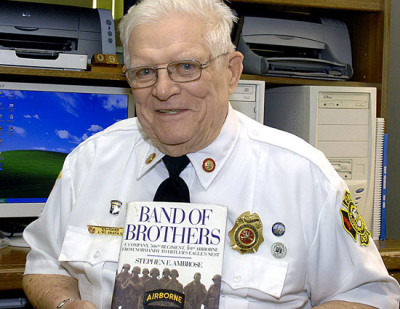 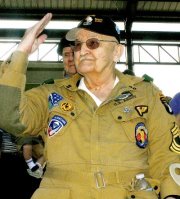 Clarence Odell Lyall was born on October 14, 1925 out of mixed family.
His father was a Scotsman and his mother was a full blooded Cherokee woman.
Clancy grew up on their family farm in Orange, Texas until they moved to Marcus Hook,
Pennsylvania in 1939. 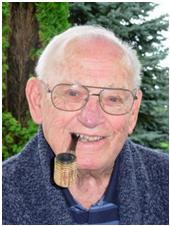 Lynn Compton was born on December 31st 1921 in Los Angeles CA.
While at the University of California, Buck proved to be an excellent athlete, and was a catcher at the UCLA baseball team. Also while at UCLA he joined the ROTC.

He joined the Army in December 1943, and was assigned to E Comp. 506th PIR 101st ABD, while the company was in England prior to the invasion of Europe.
He got along very well with the NCO’s and privates, for which he had to answer for to Lt. Winters.

In Normandy, Buck participated in the Brecourt Manoir attack and helped to eliminate the German 105s. He was awarded a Silver Star for that action.
Later during Operation Market Garden in Holland he was shot in the behind, and the men joked about it. He had four holes in his body with only one bullet.

Bill Guarnere took the initiative to evacuate him on a barn door, but he was not pleased with that. He said: “Leave me for the Germans, I’m too heavy to carry”. Of course, his buddies refused this.

He rejoined Easy Company in Mourmelon France, and went in to the hell of Bastogne. It was there he could not handle it anymore. He saw his two best friends, Bill Guarnere & Joe Toye laying in a pool of blood, both missing a leg.

Buck was treated for war fatigue.

After the war, he married Donna Newman, and adopted two children, he went to law school and became a detective at the LAPD. In 1964 he was promoted to ‘Chief Deputy District Attorney’.

During his time with the District Attorney's Office, he successfully prosecuted Sirhan Sirhan for the murder of Robert F. Kennedy.


You shall never be forgotten! 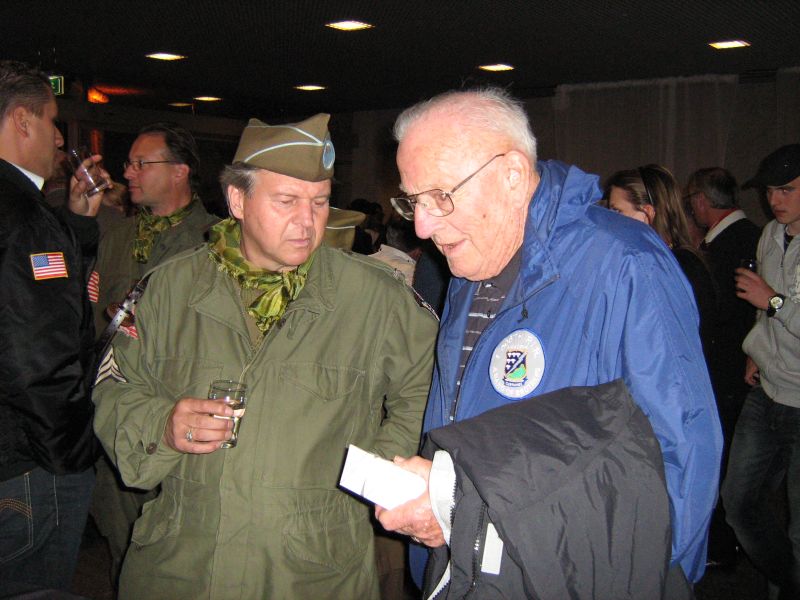 We had the honor to drive Lt. Lynn "Buck" Compton around in our WWII Jeep during the Eindhoven liberation parade in 2007.

Buck Taylor is one of the original Toccoa men. He enlisted for the paratroopers in Juli 1942, together with Forrest Guth, Rod Strohl, Carl Fenstermaker & Walter Gordon. All future ‘E’ company men

In England, Buck Taylor was also one of the NCO’s who were part of the ultimatum against Capt. Sobel.

In Normandy It took him 4 day’s to get with the rest of ‘E’ Company, he also got a minor wound.

Buck got wounded in Holland after a motorcycle accident , but recovered.

In Bastogne shortly before the attack on Foy he got hit on his leg and foot, which that was the end of his war.

Buck spent 11 month in hospitals in the UK and the USA, before he recovered.

In May 1945 he married his youth girlfriend  Elaine, and got four children.

He worked for more than 25 years with the CIA where he met Bob Brewer, the Lt who got hit in the neck during Market Garden, and miraculously survived, they became good friends.

May he rest in peace with his beloved wife and his fellow troopers.

During the interview segment of the miniseries Band of Brothers, Winters quoted a passage from a letter he received from Sergeant Mike Ranney, "I cherish the memories of a question my grandson asked me the other day when he said, 'Grandpa, were you a hero in the war?' Grandpa said 'No… but I served in a company of heroes…'"

May you rest in peace, Major. Thanks for everything you gave us. Thank you for your service We will always be gratefull. Have a safe landing, Sir!

Jack Agnew, original member of the "Filthy Thirteen" (officially known as the First Demolition Section, HQ Company, 506th PIR), Agnew participated in the D-Day jump and Operation Market Garden before he and several of his fellow "Filthy Thirteen" paratroopers volunteered to become Pathfinders.

On December 23, 1944, Agnew was amongst the two sticks of Pathfinders who parachuted into the besieged town of Bastogne to coordinate the aerial re-supply of the 101st Airborne Division. 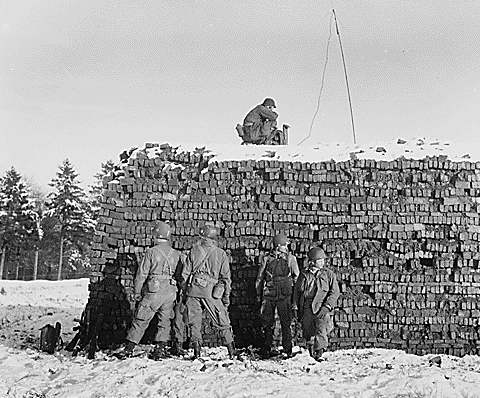 Here is the famous picture of him on top of a brick pile in George Koskimaki's book "Bastogne". 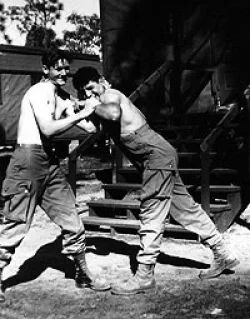 Jack's website was made by his daughter Barbara Agnew Maloney in tribute to her father. 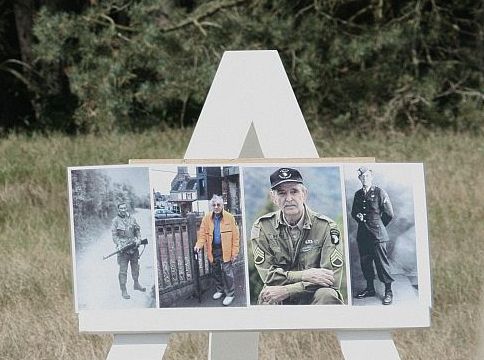